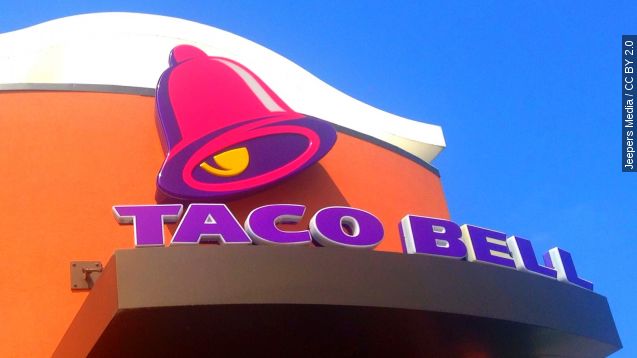 The first location is in the Wicker Park area of Chicago. There will be another Cantina restaurant near AT&T Park in San Francisco.

In a statement about Taco Bell's newest venture, CEO Brian Niccol said, "Today’s consumers are living in more urban settings and our new restaurants cater to their lifestyle in adapting our traditional restaurant concept to fit their modern needs."

As you may have guessed, this is Taco Bell's latest pitch to millennials. The new Cantina restaurants will have an open kitchen, just like Chipotle, and they will be offering alcohol like several fast-casual chains around the country.

"About a year ago, Taco Bell realized there was a great opportunity in the fast-casual, upscale space," Jeff Jenkins of US Taco Co. said.

Taco Bell has another venture in Huntington Beach, California, that is aimed squarely at the uber-important millennial market, called US Taco Company. (Video via Huntington Beach Chamber of Commerce)

Taco Bell says it plans to add 2,000 stores by 2022, and that could include more Taco Bell Cantina restaurants. The company also says it wants to build or remodel nearly 600 restaurants per year. (Video via Taco Bell)