Tabloid Reportedly Kept A Safe Of 'Damaging' Stories On Trump 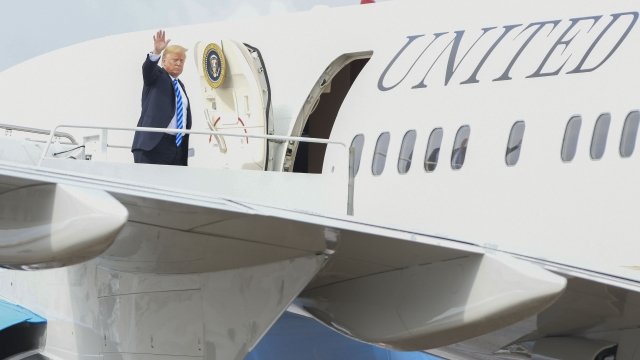 SMS
Tabloid Reportedly Kept A Safe Of 'Damaging' Stories On Trump
By Katherine Biek
By Katherine Biek
August 24, 2018
The CEO of the tabloid's parent company has reportedly been granted immunity in the investigation into Michael Cohen.
SHOW TRANSCRIPT

The National Enquirer reportedly kept a safe full of "damaging" stories on Donald Trump that it killed prior to him becoming president in 2016.

Multiple unnamed sources told the Associated Press that those documents were "a great source of power" for David Pecker, the CEO of American Media Inc., which publishes the National Enquirer.

The Wall Street Journal reported Pecker told investigators that President Trump knew about Cohen's payments to women who claimed to have had sexual encounters with him.

The AP report said the National Enquirer's documents on President Trump were stored with other famous people's so-called "catch-and-kill" stories. That's what it's called when a publication purchases the rights to a story only to then never run it as a favor to someone.

But those documents were reportedly removed from the safe after media outlets reported in late 2016 that the National Enquirer had used this catch-and-kill tactic to bury Karen McDougal's claim about having an affair with then-candidate Trump. The AP's sources didn't know if the documents were destroyed or just moved elsewhere.