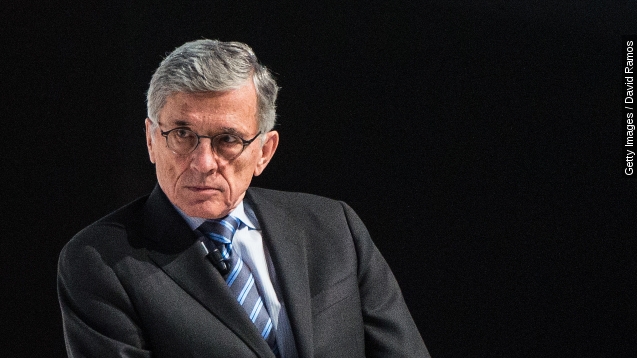 SMS
T-Mobile Tests The FCC's Hands-Off Approach To Zero-Rating
By Evan Thomas
By Evan Thomas
November 20, 2015
When it comes to zero-rating, T-Mobile is taking as much leash as the FCC will give it.
SHOW TRANSCRIPT

"It's clear in the open Internet order that we said we are pro-competition and pro-innovation. Clearly, this meets both of those criteria. It's highly innovative and highly competitive," Wheeler said. (Video via Federal Communications Commission)

It's also zero-rating (or toll-free data), which critics warn sets a dangerous precedent for net neutrality.

"A fundamental threat to the open Internet…"

"…a lopsided vision of the Internet many will naively be cheering for."

But T-Mobile CEO John Legere says not to worry.

"I'll save you the question: This is not a net neutrality problem. It's free. The providers don't pay. The customers don't pay. You can shut it off!" Legere said.  (Video via T-Mobile)

"I also kind of chuckle at the fact that as we were debating the open Internet, everybody was saying 'Oh, this is going to thwart innovation, it's going to be terrible. People are going to have to come to the FCC to say 'mother may I?' before they do anything,' and that didn't happen here," Wheeler said. (Video via T-Mobile,  Federal Communications Commission)

At least, not so far. The FCC will monitor T-Mobile's progress as Binge On rolls out. (Video via T-Mobile)