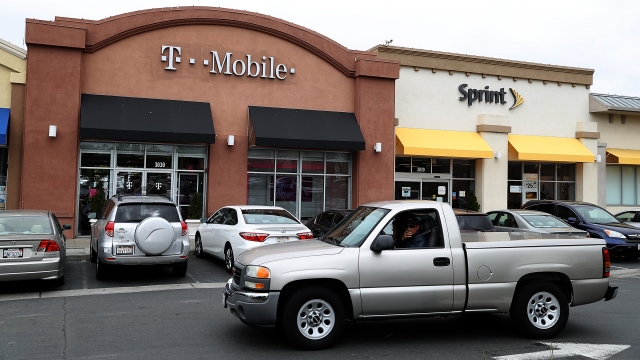 The agency's head said Monday he'd vote to approve a proposed merger between the two companies after they agreed to certain coverage requirements.

T-Mobile and Sprint are a step closer to getting their $26 billion merger officially approved.

The chairman of the FCC said Monday that he'd back the deal after the two companies agreed to some coverage recommendations from the agency.

In a statement, FCC Chairman Ajit Pai said the deal would "speed up the deployment of 5G throughout the United States and bring much faster mobile broadband to rural Americans." Those are two of the FCC's top priorities.

As the third- and fourth-largest wireless carriers in the U.S., T-Mobile and Sprint have spent years proposing a merger so they can stay competitive with much larger rivals AT&T and Verizon. Government and public interest groups have previously shot it down over competition concerns, but with 5G on the horizon, federal regulators appear to be more receptive to the companies joining forces.

Even though the deal has the backing of the FCC chairman, it still needs the full committee's vote and a stamp of approval from the Justice Department.

The FCC is set to hold a meeting on the merger on June 15.