It Took A Few Years, But T-Mobile And Sprint Are Finally Merging 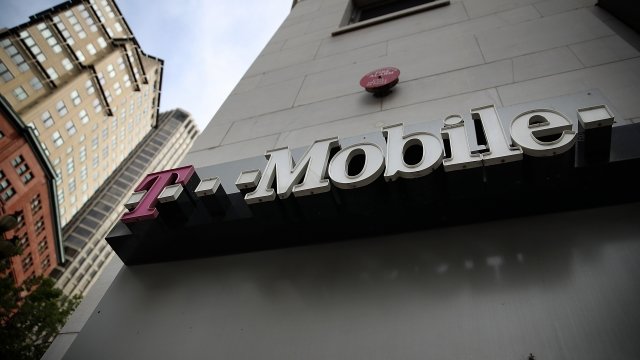 T-Mobile and Sprint are merging — finally.

"We plan to compete aggressively in this converged marketplace. ... This combined company will have the scale and resources to bring real competition and unmatched value across the United States," Legere said in a video statement.

The two companies have flirted with merging a couple of times in the past and have had at least two deals fall through.

The new T-Mobile is expected to have an annual revenue of about $74 billion, but it would still be behind Verizon and AT&T in terms of revenue and subscribers.