Syrians Head To The Polls For First Local Elections Since 2011 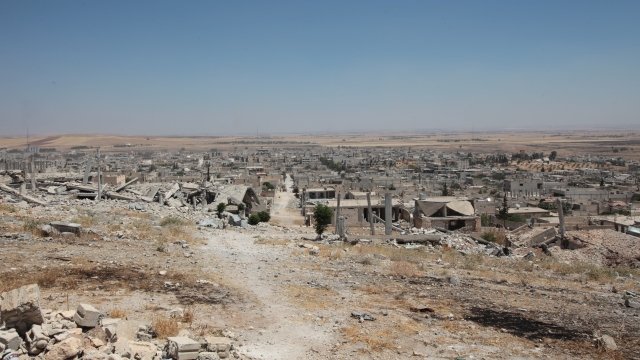 By Katie Cammarata
September 16, 2018
The country's Baath Party was expected to win the most seats, since a majority of the candidates are associated with it.
SHOW TRANSCRIPT

Syrians headed to the polls on Sunday in the country's first local elections since the start of its civil war.

Syrian state news agency SANA reports more than 40,000 candidates were vying for about 18,000 seats. The country's Baath Party was expected to win the majority of those seats, mostly because a majority of the candidates are associated with it.

Thousands of polling stations opened on Sunday morning, but Syria's self-administered Kurdish region opted out of the elections entirely.

That region in northern Syria is governed by its own Syrian Democratic Council, which doesn't allow federal elections on its soil.

But the Syrian government says it will assert its rule over the entire country.

This seven-year civil war has reportedly left hundreds of thousands of people dead, forced millions from their homes and cost the country more than $300 billion in economic damage.