The Syrian Town Hit By Chemical Weapons Has Been Attacked Again 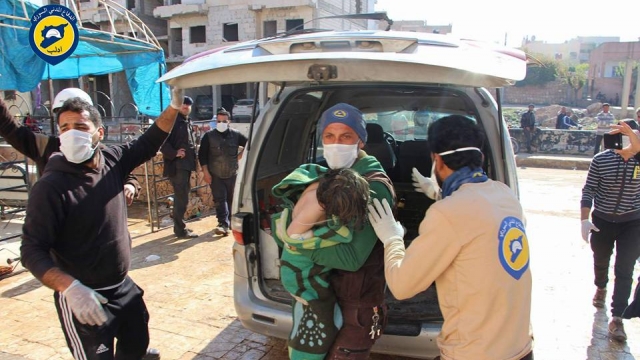 SMS
The Syrian Town Hit By Chemical Weapons Has Been Attacked Again
By Lindsey Pulse
By Lindsey Pulse
April 8, 2017
Residents say warplanes returned to bomb a northern Syrian town only days after the initial attack there killed more than 80.
SHOW TRANSCRIPT

The Syrian town hit by chemical weapons earlier this week has reportedly been attacked again.

Residents said warplanes returned to bomb them on Friday and Saturday. At least one woman was killed, and multiple people were injured.

It's unclear who ordered the most recent strikes.

In response, President Donald Trump then signed off on firing 59 Tomahawk missiles at a Syrian air base Thursday.