Syrian President May Have Approved Gas Attack In Idlib 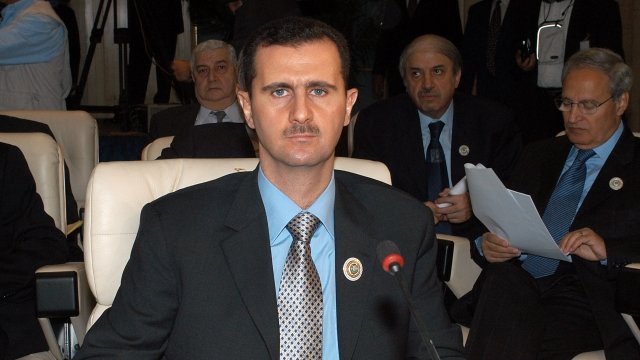 SMS
Syrian President May Have Approved Gas Attack In Idlib

By Katie Cammarata
September 10, 2018
A handful of countries have threatened military retaliation if the Syrian government stages an all-out attack on the Idlib province.
SHOW TRANSCRIPT

The situation in Syria is escalating. President Bashar al-Assad has reportedly approved the use of chlorine gas in the government's attempts to take control of one of the last major rebel outposts.

The Wall Street Journal was the first to report the decision, citing U.S. officials.

Some three million people have sought refuge in the northwestern province of Idlib, many of them after being displaced from other parts of Syria in the civil war.

The U.N. has warned that an assault on Idlib could trigger a humanitarian crisis. And Turkey, the U.S. and France have threatened to retaliate against Syria, though the countries didn't say exactly what could lead to a military response.

On Sunday, Russian and Syrian airstrikes on the area resumed after a failed ceasefire agreement, forcing those living in the area to find safety elsewhere. The Journal reports nearly two dozen civilians have died in the most recent attacks.