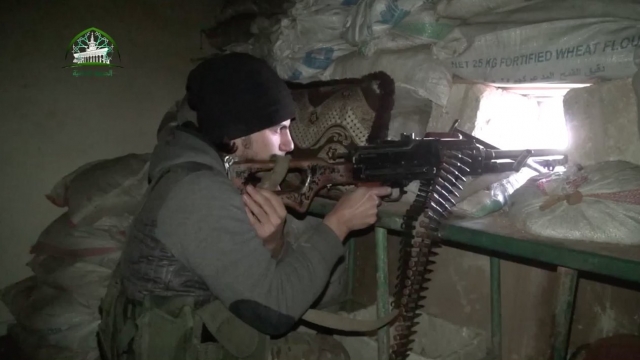 Further doubt was cast for peace in Syria after the country's chief opposition negotiator resigned on Sunday.

Mohammed Alloush said the United Nations-mediated peace talks "have been unsuccessful because of the unwillingness of the regime to compromise and its continuation in the bombing and aggression against the Syrian people."

He told Al Jazeera, "The international community need[s] to put serious pressure on Russia and Assad to stop the killing of our people."

According to a monitoring group in the U.K., the Syrian government killed roughly seven times more Syrians than ISIS did in the first half of 2015.

Alloush is part of the Saudi-backed High Negotiations Committee, which has been frustrated by what it sees as little humanitarian aid reaching battle zones.

While ISIS may be the subject of many headlines from Syria, rebels have been fighting against President Bashar al-Assad's rule for five years.

The UN set an August deadline for a new government both sides can agree on. But that could be much harder now that Alloush has resigned.

One research group has put the death toll of the civil war at almost half a million Syrians.