Bombs, Smugglers And Shots Fired: The Flight From Syria To Iraq 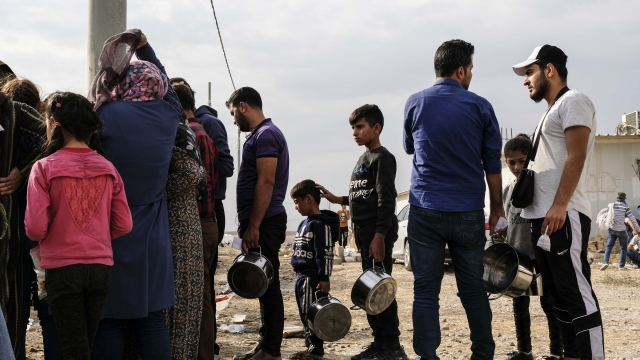 SMS
Bombs, Smugglers And Shots Fired: The Flight From Syria To Iraq
By Newsy Staff
By Newsy Staff
November 1, 2019
The decision to flee their homeland is just the beginning. Syrian Kurds face many dangers to get to the relative safety of an Iraqi refugee camp.
SHOW TRANSCRIPT

Since Turkey launched its military operation into Northeast Syria, neighboring Iraq has received a new wave of refugees.

An estimated 13,000 Syrians have made the journey to Iraq's Kurdish region. Elizabeth Hagedorn brings Newsy this report from Bardarash refugee camp, which hosts most of the incoming refugees — nearly all of whom paid smugglers to cross the closed border.