Syrian Forces Take Back Strategic City Of Palmyra From ISIS 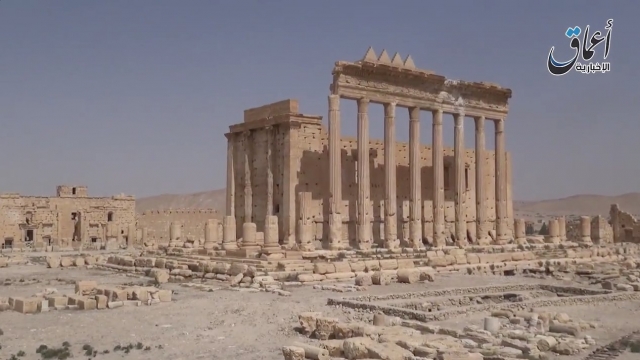 SMS
Syrian Forces Take Back Strategic City Of Palmyra From ISIS
By Ryan Biek
By Ryan Biek
March 27, 2016
The city's recapture now allows Syrian troops to move on to ISIS strongholds to the east.
SHOW TRANSCRIPT

Syrian troops have regained most of the city of Palmyra from ISIS.

Palmyra fell under the control of ISIS last May. The capture was a strategic blow to the Syrian regime, as it gave ISIS better access to the country's capital, as well as a large military base within the city.

Palmyra's citizens suffered summary killings under ISIS' rule. But the terrorist group was also able to use the death of civilians caused by Syrian airstrikes as a political tool to shift anger toward the regime.

The ancient city used to be a major tourist attraction, but after capturing Palmyra, ISIS destroyed some of the city's most beloved monuments. Al Jazeera reports it's unknown how many artifacts remain intact.

And although Russian President Vladimir Putin announced earlier this month he'd scale back his use of airstrikes, the city was recaptured with the help of Russia's air force.

Syria's military now has the chance to push east toward ISIS strongholds like Deir al-Zor and Raqqa.

This video includes clips from ISIS, RT and Russia 24.