Syrian Democratic Forces Say They Have Defeated ISIS In Syria 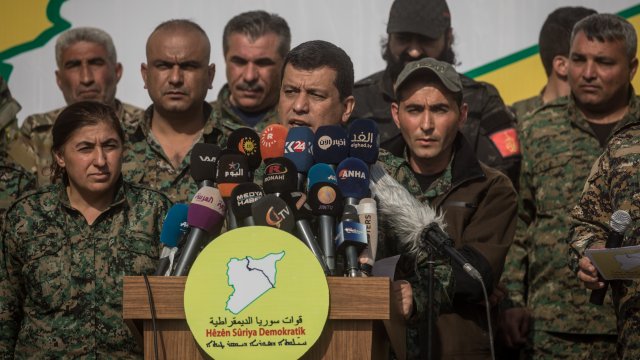 On Saturday, the Syrian Democratic Forces announced that ISIS has lost its last stronghold in Syria, ending a caliphate declared by the group in 2014. The announcement comes a day after a similar one from the White House.

The SDF is a coalition of Arab and Kurdish soldiers backed by U.S., British and French special forces. The coalition led the charge to defeat the last remaining holdout of ISIS fighters in the Syrian town of Baghouz since launching the assault in early February.

The head of the SDF press office tweeted that the group is dedicating the victory to the thousands of lives lost in the effort to defeat ISIS.

The SDF celebrated their victory raising a yellow flag on top of a building in Baghouz.