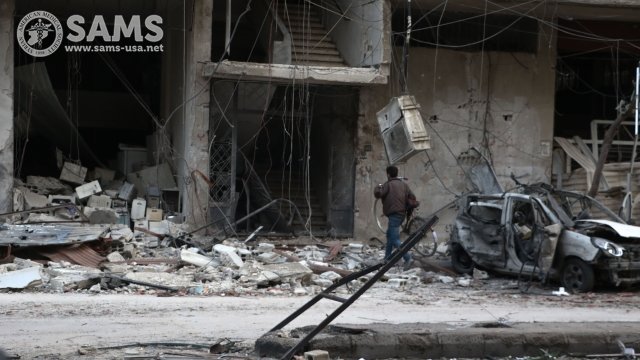 The Syrian regime's offensive on the region began in February.

That's a pretty big blow to the rebel groups who have controlled the area for five years and a huge step toward accomplishing the government's goal of cutting off rebels' support and supply networks.

But a spokesperson for one rebel group in the region told Reuters the government hadn't actually captured the town.

The army began its push to retake Ghouta in February. The offensive has continued despite a U.N. Security Council vote demanding a cease-fire. Doctors Without Borders says more than 1,000 people there have been killed.