With Half Its People Displaced, Syria's Wars Are Far From Over 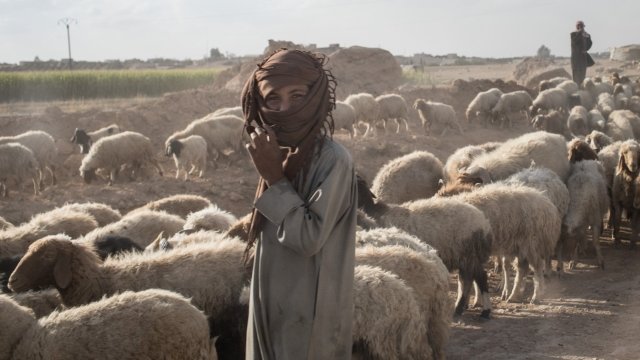 SMS
With Half Its People Displaced, Syria's Wars Are Far From Over
By Chance Seales
By Chance Seales
February 15, 2018
Violence in Syria isn't just a factor of the country's civil war. Several conflicts are raging.
SHOW TRANSCRIPT

The civil war in Syria. It's been raging for seven years. The trigger for the war was pulled in March 2011. That's when Syrian government forces killed protesters demanding the release of political prisoners.

Anti-government violence rapidly spread, and the fighting hasn't let up. Neither have the daily headlines: stories of death, destruction, desperation.

Syrian cities have captured the world's attention, like Raqqa, which ISIS claimed as its capital when the group rushed in to fill the power void in the midst of the civil war. But the city and other territories have since been wrested away and left in ruins. 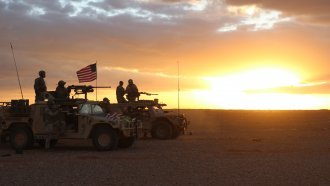 The US Really Doesn't Have A Lot Of Options In Syria

Two facts are staggering: An estimated 400,000 people have died and 11 million Syrians have been displaced from their homes — more than half the population.

Complicating matters, Syria's civil war is not one war. It never has been. It is a series of shifting conflicts and shifting combatants from regional ethnic groups, terrorist organizations, neighboring nations and faraway countries like Russia and the United States — each with its own priorities.

If you look at a map of Syria today, from The New York Times, this is what the "wars" look like:

— The government controls most of the country.

— The rebels hold a small section in the western part, which keeps shrinking and changing hands to the government in some zones and to Iranian and Russian forces in others.

— The Kurds control a large section in the northeast, bordering Turkey.  America has been backing Kurdish forces in this area, but since Turkey’s government (another ally) doesn't like them, there's a possibility it could lead to a three-way battle between the U.S., Turkey and Kurds.

— The Islamic State has been reduced to a sliver in the eastern part of the country.

Looking ahead, some experts now believe the Assad government will survive and several European and Asian countries are eyeing reconstruction contracts. After the war come the spoils. But for now, the fighting continues. Seven years, and no end in sight.