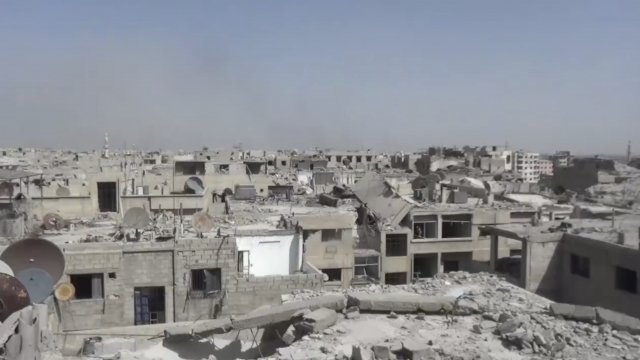 That's according to Russian state media, which reported Thursday that Syrian President Bashar al-Assad's forces had taken over Douma, the last rebel-held city in Ghouta.

This news comes after dozens of people died after a suspected chemical attack in Douma over the weekend.

Syria denies being involved in the attack. And yet, several leaders from around the world have denounced the attack and blamed the Syrian government.

U.S. President Donald Trump threatened both Syria and Russia with missiles in a tweet Wednesday after a Russian ambassador reportedly said Russia would shoot down any U.S. missiles aimed at Syria. Russian military forces are being deployed to Douma Thursday.