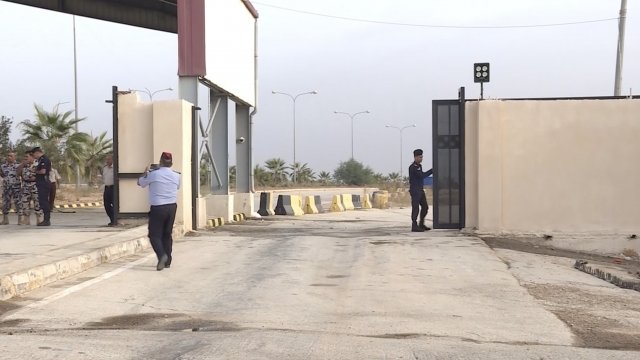 Syria reopened two important border crossings on Monday — one with Jordan and one with Israeli-held Golan Heights.

Both passages have been closed for years because of the Syrian civil war. When the crossing with Jordan closed in 2015, it cut off billions of dollars worth of annual trade between some Middle Eastern countries.

But now it's open again to trade and passage through the two countries. Cars were lining up on the Jordan side to cross through.

A Jordanian government spokesman called the passage a "vital lifeline for trade" between Jordan and Syria, as well as other Arab countries.

The crossing with Israeli-held Golan Heights opened to allow U.N. observers through after a deal was brokered between Israel, Syria and the U.N. The observers were pushed out of a Syrian border town in 2014 because of fighting. They deployed there in 1974 to keep an eye on a cease-fire and a demilitarized zone.

Syria is also reportedly working with Iraq to expedite the opening of a border crossing between the two countries.