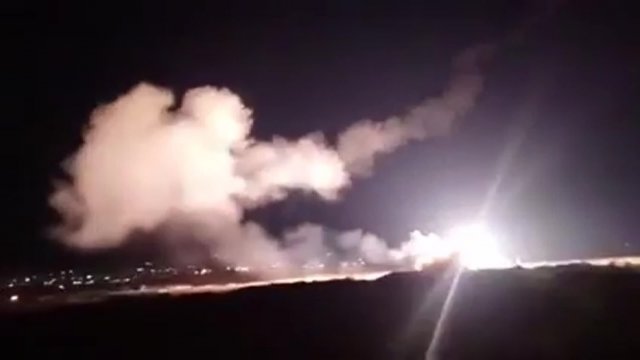 Syrian state news agency SANA reported missiles were launched over Damascus by Israeli warplanes. At least three Syrian soldiers were injured. SANA said Air Defenses "downed most of them before reaching their targets."

Russia's Defense Ministry said Israel launched 16 missiles and Syria was able to destroy 14 of them, according to Israeli news outlet Haaretz. The outlet said the strike "directly endangered" two civilian flights. The passenger jets were redirected to a Russian air base.

The attack comes a week after the Trump administration confirmed it will withdraw all American forces from Syria.