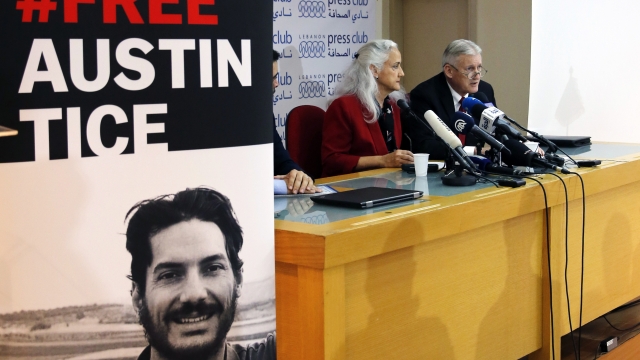 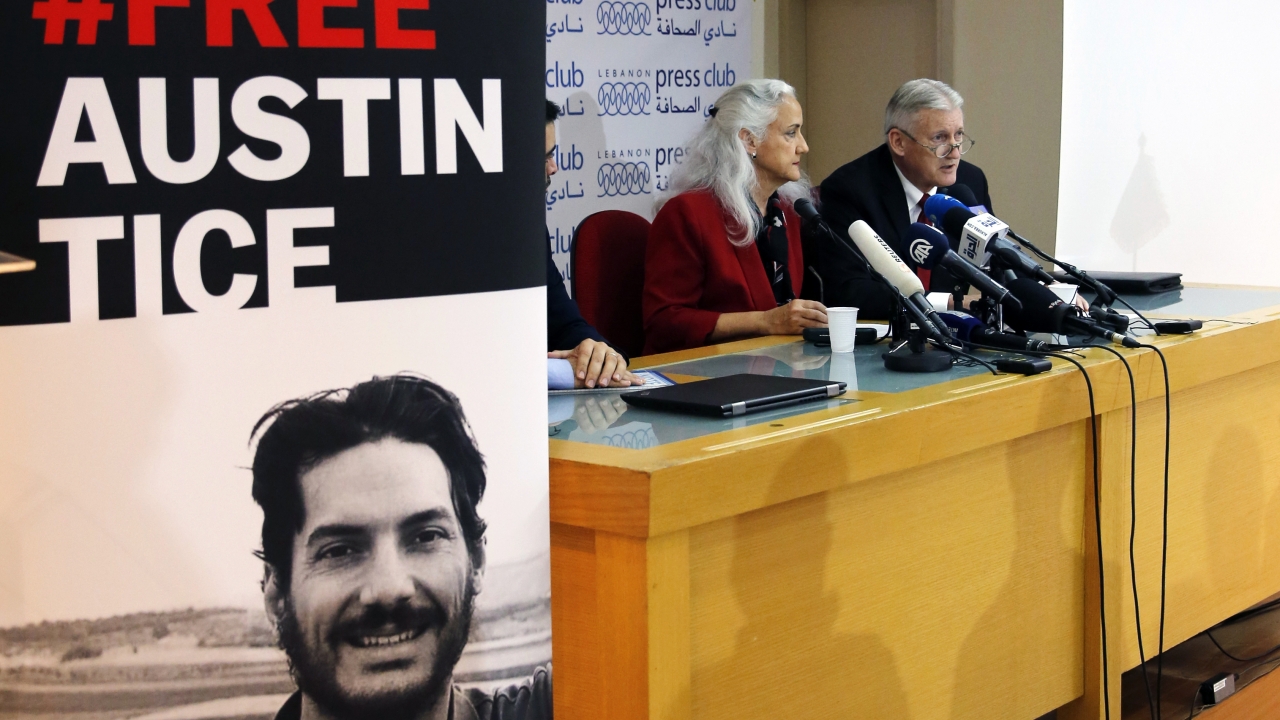 Syria denied on Wednesday it is holding U.S. journalist Austin Tice or other Americans after President Joe Biden accused the Syrian government of detaining him.

The Syrian Foreign Ministry said in a statement that Damascus "denies it had kidnapped or is holding any American citizen on its territories."

"The U.S. issued last week misleading and illogical statements by the American president and secretary of state that included baseless accusations against Syria that it had kidnapped or detained American citizens including former U.S. Marine Austin Tice," the statement said.

President Biden's comments last week came in a statement released by the White House to mark the 10th anniversary of Tice's abduction, which took place when he was in Syria covering its lengthy conflict. President Biden's remarks were the clearest indication so far that the U.S. is certain Tice is being held by the government of President Bashar al-Assad.

"We know with certainty that he has been held by the Government of Syria," President Biden said in his statement last week. "We have repeatedly asked the government of Syria to work with us so that we can bring Austin home."

State Department Spokesman Ned Price told reporters on Tuesday that the U.S. government has pushed Syria to return every American. On Tice's case specifically, he said, the Biden administration has "engaged extensively — and that includes directly — with Syrian officials and through third parties."

"Syria has never acknowledged holding him," Price said of Tice, adding that "we are not going to be deterred in our efforts. We are going to pursue every avenue for securing Austin's safe return."

The Syrian Foreign Ministry denied in its statement having any secret contacts with U.S. officials on the missing Americans, adding that "any official dialogue with the American government will only be public based on the respect of Syria's sovereignty."

In May, top Lebanese security official Maj. Gen. Abbas Ibrahim met with U.S. officials in Washington as part of mediation efforts between the U.S. and Syria for Tice's release. Ibrahim, the chief of Lebanon's General Security Directorate, has mediated complicated hostage releases in the past.

In May, President Biden met Tice's parents and reiterated his commitment to working toward "Austin's long overdue return to his family."

In the final months of the Trump administration, two U.S. officials — including the government's top hostage negotiator, Roger Carstens, a former Army Special Forces officer — made a secret visit to Damascus to seek information on Tice and other Americans who have disappeared in Syria. It was the highest-level talks in years between the U.S. and Assad's government, though Syrian officials offered no meaningful information on Tice.

Tice went missing shortly after his 31st birthday on Aug. 14, 2012, at a checkpoint in a contested area west of the capital of Damascus. A video released a month later showed him blindfolded and held by armed men, saying, "Oh, Jesus." He has not been heard from since.

Tice is one of two Americans who went missing in Syria. The other is Majd Kamalmaz, a psychologist from Virginia, who vanished in Syria in 2017.

Tice is from Houston and his work had been published by The Washington Post, McClatchy newspapers and other outlets. He went to Syria to cover the conflict that started in 2011. The war has left hundreds of thousands dead and displaced nearly half of the pre-conflict population of 23 million. More than 5 million of those are outside the country.