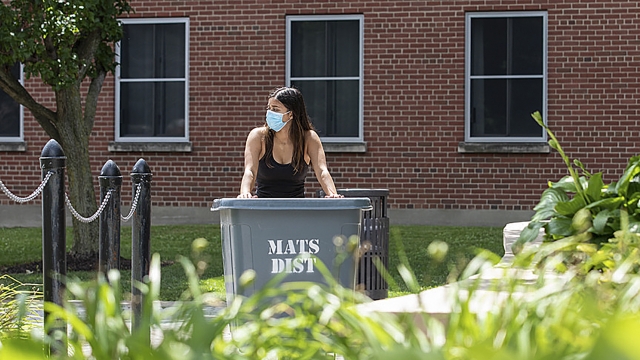 Syracuse University handed out nearly two dozen interim suspension in response to large gatherings on campus -- saying they may have done enough damage to shut down the entire campus. At least 23 students were suspended at the University after freshman threw a giant party on the quad.

In this video shared with Barstool Syracuse, you can see a huge crowd not following university rules to wear masks and social distance.

The coronavirus is spreading rapidly through numerous universities as the fall semester begins -- with greek organizations and off-campus parties creating some of the largest clusters.