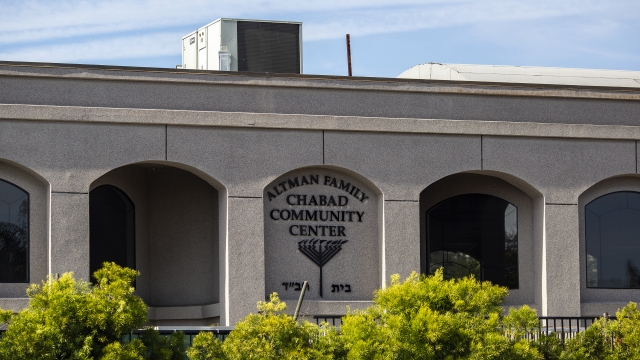 SMS
Synagogue Shooting Suspect Pleads Not Guilty To Federal Hate Crimes
By Katherine Biek
By Katherine Biek
May 15, 2019
The shooting at the Chabad of Poway synagogue on April 27 left one person dead and three others wounded.
SHOW TRANSCRIPT

The man suspected of carrying out a deadly attack inside a California synagogue pleaded not guilty to 109 federal hate crime violations on Tuesday.

The shooting at the Chabad of Poway synagogue on April 27 left one person dead and three others wounded.

Police say the 19-year-old suspect was taken into custody after he turned himself in immediately after the shooting. He pleaded not guilty last month to state charges of murder and attempted murder.

Prosecutors filed the federal hate crime charges against the suspect last week. They include obstruction of free exercise of religion, hate-crime acts and damaging religious property. That last one is in connection to a mosque the suspect is accused of setting on fire in a separate incident.

Both the state and federal charges against the suspect carry the possibility of life in prison or a death sentence. On Tuesday, one of the assistant U.S. attorneys trying the case said the government had not yet decided if it was going to seek the death penalty.