Sylvester Stallone Says He Was Ready To Skip The Oscars 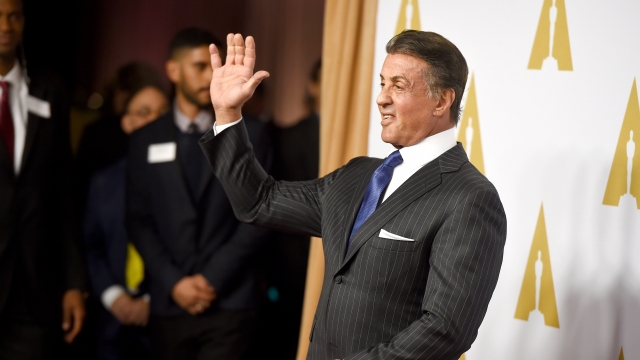 Sylvester Stallone considered being a no-show at this year's Oscars. Until "Creed" director Ryan Coogler convinced him otherwise.

Stallone is up for best supporting actor for his role in the movie, but his African-American co-star and director were both snubbed.

The chatter surrounding the #OscarsSoWhite controversy has been virtually nonstop since the nominees were announced in January. And Monday's Academy Awards Nominees Luncheon was no exception.

Stallone told reporters at the luncheon that he sought Coogler's advice about his nomination and offered to skip the awards show as a sign of solidarity. According to Stallone, Coogler wants him to "go and represent the film." (Video via Warner Bros. Pictures / "Creed")

Stallone said: "Eventually, all talent will rise to the top. It's just a matter of, I guess, a new paradigm, and a new way of thinking. I really owe everything to these two young men, for sure."