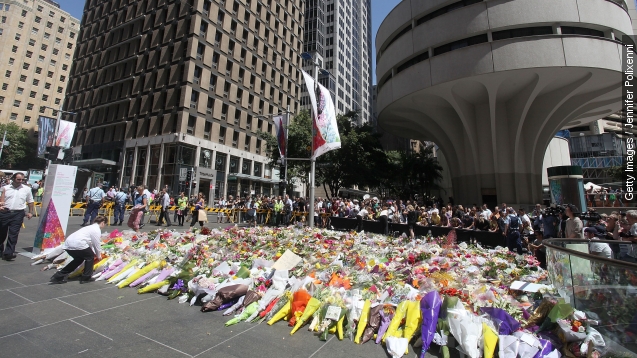 Man Haron Monis was too "weird" to be in a motorcycle gang, an inquest Monday revealed.

"This pen is my gun, and these words are my bullets," Monis said.

With his apparent lack of shyness in front of news cameras before his death, Monis is now emerging in media reports as "delusional" and "weird."

An inquest Monday characterized Iranian-born Monis as a lone criminal because he was too "weird" to be in the Rebels motorcycle gang he tried to join. Officials also called him "secretive" about his own life. (Video via Sky News)

Secretive and delusional, according to that inquest, which also concluded Monis's claims of being an Iranian spy were "almost certainly a fiction" to gain refugee status in Australia.

ABC reports Monis was described as always looking to gain power, and as a "sexual predator who used a 'spiritual healing' business to sexually assault women over many years."

In December 2014, Monis held 18 hostages in a cafe in Sydney, Australia. It was about a 17-hour standoff that ended in two civilian deaths as well as Monis'. (Video via NBC)

He claimed to carry out the attack as a member of ISIS. However, the inquest heard Monis ""was prone to grandiose claims." At the time of the siege, Monis was on bail and facing charges related to the murder of his ex-wife.