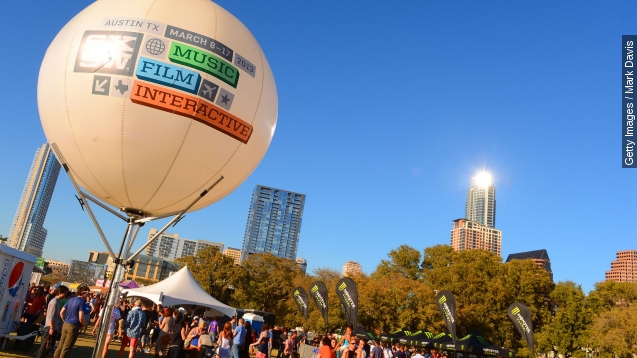 SMS
SXSW Drops Game Culture And Harassment Panels Over Threats
By Leah Becerra
By Leah Becerra
October 27, 2015
The threats are being dubbed the work of Gamergate, but that's besides the point.
SHOW TRANSCRIPT

Hugh Forrest, SXSW Interactive director, wrote: "If people cannot agree, disagree and embrace new ways of thinking in a safe and secure place that is free of online and offline harassment, then this marketplace of ideas is inevitably compromised." (Video via The Poynter Institute)

Forrest didn’t specifically cite who made the threats, only that they warned of on-site violence. That hasn’t kept people from labeling this cancellation a win for the Gamergate community.

And that’s because, so far, this has been the movement’s M.O.

The extremely abridged history of how Gamergate formed begins last year and centers around the idea that Zoe Quinn, a female game designer, had abused her relationship with a Kotaku writer to gain positive press. (Video via Twitch)

The timeline of the relationship is more a conspiracy theory now. But at the time, Gamergate used it to focus a campaign against corruption in games journalism. (Video via BBC)

But there have been a handful of examples where the group seems to have swayed from that mission. Like when the community posted Quinn’s address and phone number publicly, and then orchestrated an onslaught of harassment causing Quinn to fear for her own safety.

In October of last year, The New York Times described Quinn as leading "a nomadic existence because of the threats against her."

News sites, companies and individuals have all been brought into the Gamergate controversy. The most notable of which were Gamasutra, Intel and Anita Sarkeesian — a feminist critic who received death threats after subjectively analyzing games for gender stereotypes. (Videos via ABC, Twitch)

Whether the threats SXSW received came from actual Gamergate supporters or not isn't important at this point. What is concerning is that the event would back down from discussing such a troubling and polarizing topic. (Video via South by Southwest)

There have already been some big names to publicly withdraw from next year’s event over the decision to cancel the panels. And it’s starting to feel like zero hour for SXSW.

Canceling means the event may no longer seem like a place for positive communication and innovation. Reversing the decision could lead to threats being carried out. Either way, the event is setting a precedent that more than just the gaming community is watching. (Video via South by Southwest)

This video includes images from Getty Images and CGSaw / CC BY SA 2.0.