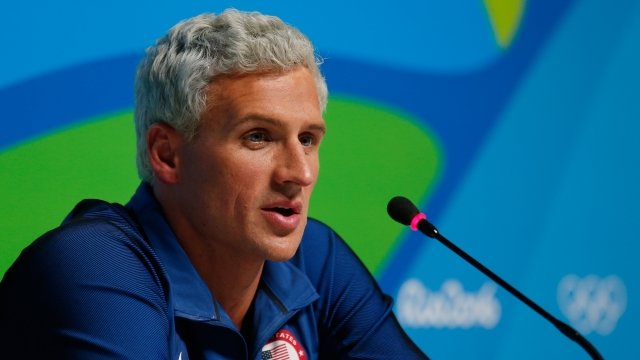 SMS
US Swimmer Ryan Lochte Suspended After USADA Violation
By Gabrielle Ware
By Gabrielle Ware
July 23, 2018
Lochte posted a photo of himself getting an IV injection, which in many cases isn't allowed under anti-doping rules.
SHOW TRANSCRIPT

The U.S. Anti-Doping Agency announced Lochte was suspended Monday. It comes after the swimmer posted a picture of himself getting an IV injection of a substance in May. That prompted an investigation by the USADA that ended in his suspension.

The substance itself, which Lochte says was to help bolster his immune system, wasn't banned.

As the USADA explained: "Lochte received an intravenous infusion of permitted substances at an infusion clinic. Under most circumstances, athletes cannot receive IVs unless related to a hospitalization or when allowed under the terms of a USADA-approved exemption — and Lochte fell into neither of those categories."

The suspension means Lochte won't be able to compete in the national championships that start this week. It's his second suspension in under two years.