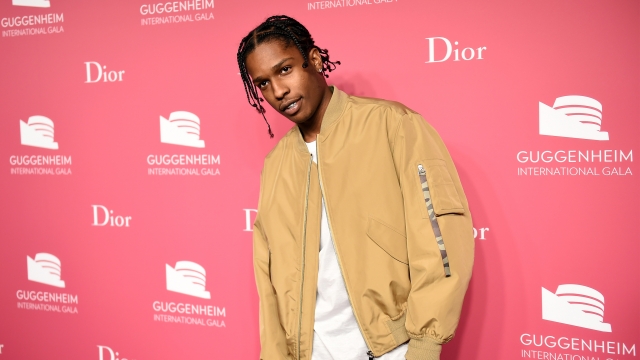 SMS
Swedish Prosecutors Charge A$AP Rocky With Assault
By Katherine Biek
By Katherine Biek
July 25, 2019
The American rapper was arrested in early July in connection with a June 30 incident in Stockholm.
SHOW TRANSCRIPT

Rocky, whose real name is Rakim Mayers, was in Sweden to headline a hip-hop music festival when he was detained back in early July.

He was arrested after video of a June 30 encounter in Stockholm circulated online, appearing to show Rocky and others he was with fighting with two men on the street.

Rocky's said he was acting in self-defense after the men had been following and harassing him prior to the alleged altercation, despite being repeatedly asked to stop.

Prosecutors had until July 25 to decide if they were going to press charges against Rocky and two of his associates. All three will remain in a Swedish jail until the trial, which has yet to be scheduled.

At the request of the first lady and some celebrities, President Donald Trump had previously reached out to Sweden's prime minister about Rocky's case. The president also "offered to personally vouch" for the rapper's bail or provide other assistance— though it's worth noting that Sweden does not have a bail system.