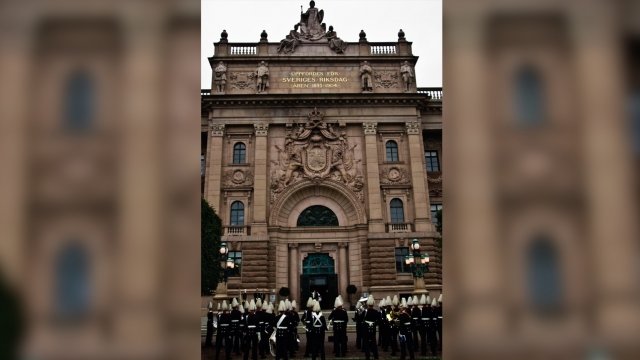 By Katie Cammarata
September 10, 2018
The process of deciding on a new government could take weeks.
SHOW TRANSCRIPT

With almost all of the votes counted, Sweden's election is deadlocked.

Now, the country's leaders are heading into meetings to devise a plan on forming a new government.

The Sweden Democrats party — which made impressive gains during the election, though it was far from winning a majority — said it won't let a government be formed unless it's got a say in policy. That party wants to put an end to immigration and leave the European Union.

The process of setting up a new government could take weeks and isn't even guaranteed to pass.

The worst-case scenario? Reuters reports a new election will be called if parliament can't decide on a new prime minister after four tries.

But there's a tiny sliver of hope of a tie-breaker in the near future, as out-of-town Swedes' votes will be declared Wednesday.