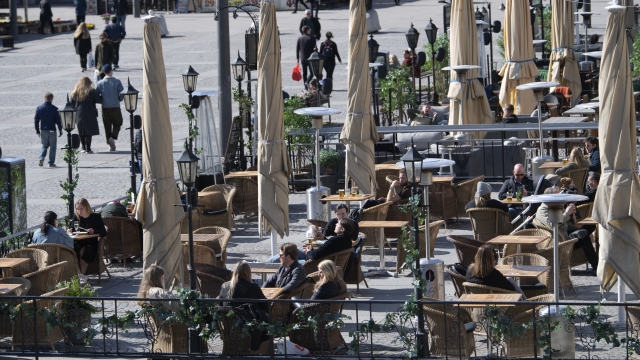 Sweden says its more relaxed response to the coronavirus pandemic is starting to work, though some public health experts say the country's less restrictive policies are dangerous.

Anders Tegnell, the country's top epidemiologist, told Swedish news agency TT this weekend Sweden has reached a "plateau" in cases and deaths despite keeping restaurants, gyms and schools open. Instead of risking the financial hardships caused by a lockdown, Sweden allowed everything to stay open though encouraged citizens to social distance.

Swedish officials stressed life isn't business as usual in Sweden and that they're taking precautions. Despite this, many of the country's health experts have criticized the approach and have told Swedes to ignore their government and shelter in place.

The National Post reported last week a group of Swedish scientists urged politicians to close non-essential businesses and schools to prevent the country from ending up like Italy, the hardest-hit European country.

Swedish Foreign Minister Anne Linde said the scientists were “entitled to their opinion” but added the country is facing "different circumstances."

Critics have compared Sweden's death toll to its Scandinavian neighbors.

Sweden is about twice the size of neighbors Norway and Finland but has roughly 15 times as many deaths with about 1,500, according to Johns Hopkins University.

Tegnell said this higher death toll isn't a reflection of the approach overall, but rather a failure to protect the elderly living in nursing homes, which The Guardian said represent a third of Sweden's deaths. A local news agency said minority communities are also suffering due to this relaxed approach.