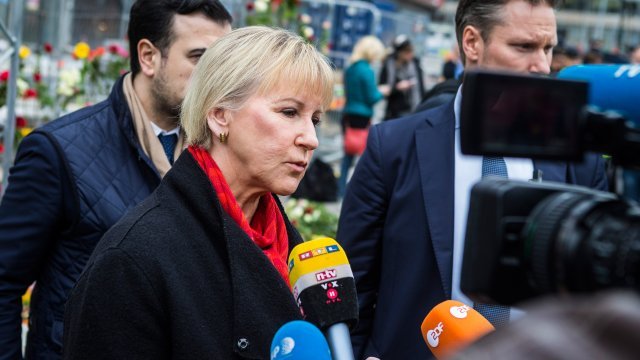 One country could be key in facilitating talks between the U.S. and North Korea: Sweden.

North Korea's top diplomat is in Sweden this week. North Korea Foreign Minister Ri Yong-ho was supposed to leave the country Friday. But he reportedly extended his stay until Sunday, a sign this visit has been productive for both sides.

As Newsy previously reported, Sweden was expected to discuss security on the Korean Peninsula and Sweden's "consular responsibilities" to several countries, including the U.S. But those talks have reportedly expanded to include discussions about releasing Americans held in North Korean detention centers.

But it's unclear if Sweden and North Korea will discuss the potential meeting between Kim Jong-un and President Donald Trump. Sweden's prime minister told a local TV network he would like to host talks between the two adversaries. His foreign minister reiterated that sentiment on Friday.

"We value this opportunity to arrange a meeting. We believe in dialogue and in the political process, but we are not naive," said Sweden's Foreign Minister Margot Wallstrom.

North Korea has not made an official comment regarding potential talks since President Trump said he would meet with Kim.