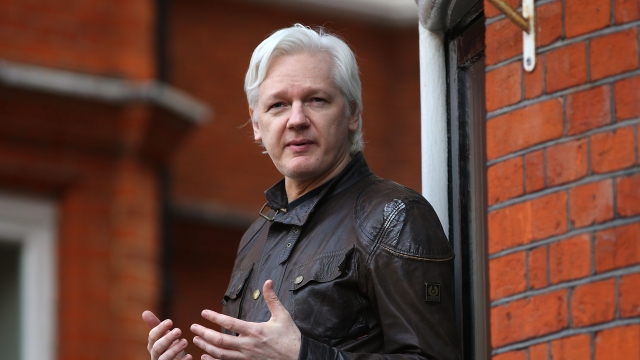 WikiLeaks founder Julian Assange is no longer under investigation in Sweden on rape allegations.

A Swedish prosecutor announced the decision Tuesday, saying evidence had "weakened considerably," though she emphasized the "injured party has submitted a credible and reliable version of events."

Sweden opened the case, then closed it, and then re-reopened it in May. It was the last allegation of sexual assault stemming from Assange's visit to Sweden back in 2010 that could still be investigated. The statute of limitations had passed on the other three allegations.

Assange is currently in a British prison serving a 50-week sentence for breaking his bail conditions. He had been holed up at the Ecuadorian Embassy since 2012, but was arrested in April after Ecuador revoked his asylum.

Assange is also facing 18 counts in the U.S.: one count of conspiracy to commit computer hacking and 17 counts of violating the Espionage Act. He faces a maximum of 175 years in prison if convicted on all charges.