Swaziland's King Is Changing The Name Of His Country 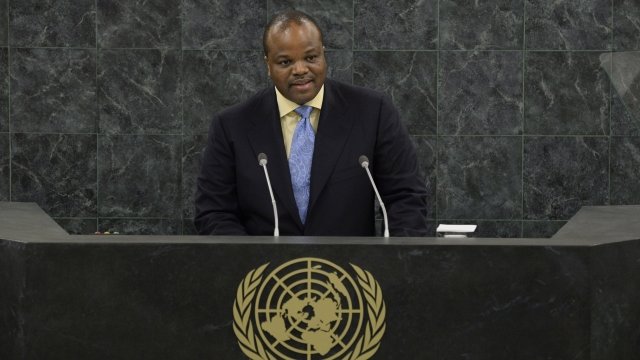 Swaziland's king is changing the name of his country.

King Mswati III said the country will be known as the Kingdom of eSwatini to mark the 50th anniversary of its independence from British rule. The name means "land of the Swazis" in the local language.

The southern African country's king is one of the last absolute monarchs in the world.

He said eSwatini was the name the country used before it was colonized. He also said the name change was, in part, meant to help avoid confusion with Switzerland.

The name change was reportedly met with mixed emotions. CNN reports some feel "the country had more pressing issues, such as poverty and health care."