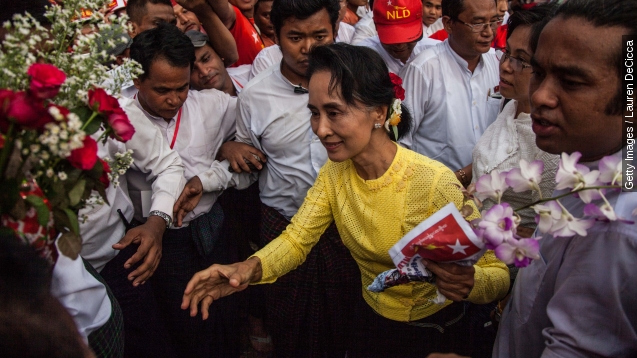 After winning a two-thirds majority, Aung San Suu Kyi’s National League for Democracy party will be able to decide a president. (Video via Voice of America)

But it won't be the Nobel Peace Prize winner herself. Constitutional limitations bar Suu Kyi from the presidency because she has foreign-born children.

This isn't Suu Kyi's first election victory. The NLD won Myanmar's elections in 1990, but the ruling military ignored the results.

Myanmar still has a ways to go before the country will be a democracy. Even though the NLD party can choose the president, the army has control of most of the key positions and decisions.

Myanmar's current president has said he will respect the turnout of the recent elections. So, for now, it seems that both of the parties are willing to work together.