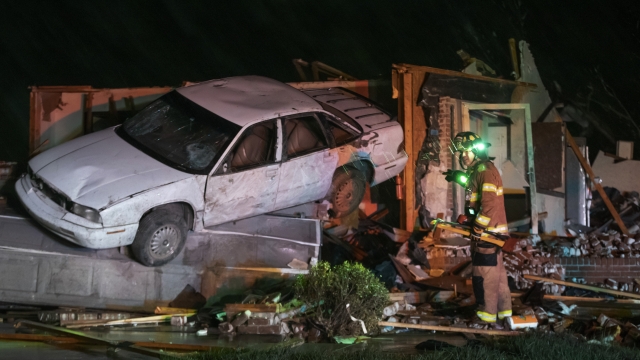 Russell said in some neighborhood's homes “were completely blown away.”

Russell said that while it was not immediately known how many buildings had been damaged, more than 900 structures were in the suspected tornado’s path.

He said some neighborhoods were “damaged enough that houses were completely blown down" and cited areas that suffered “very bad damage.”