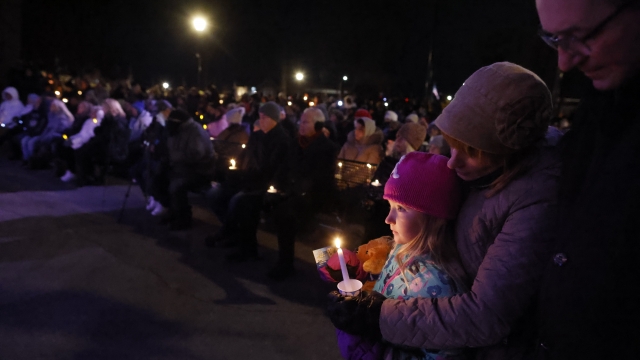 The man suspected of driving into a Waukesha, Wisconsin, Christmas parade is due in court Tuesday.

Darrell Brooks Jr. is expected to face five charges of first degree intentional homicide — punishable by life in prison — after police say he was behind the wheel of an SUV that plowed through the parade, killing at least five people and injuring dozens more.

Hundreds gathered at a downtown park Monday night in Waukesha for a candlelight vigil in honor of those lost and hurt in a deadly Christmas parade crash a day earlier. 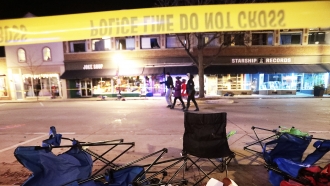 Police: Parade-Crash Suspect Was In A Domestic Disturbance

"This vigil is a small first step in healing for our community," said Shawn Reilly, mayor of the Milwaukee suburb where police say an SUV driver plowed into the parade, killing at least five people and injuring 48.

Police identified those killed as Virginia Sorenson, 79; LeAnna Owen, 71; Tamara Durand, 52; Jane Kulich, 52; and Wilhelm Hospel, 81. Sorenson, Owen and Durand were members of the Dancing Grannies club, and Hospel helped out with the group.

At least nine patients, most of them children, were in critical condition Monday at two hospitals, and seven others were reported in serious condition.

Darrell Brooks Jr. was free on $1,000 bail posted just two days before the deadly event, a fact that is leading to a review of what happened and renewed calls for giving judges more power to set higher bails.

One pending case against Brooks included an allegation that he deliberately hit a woman with his car in early November after a fight. Prosecutors in Milwaukee County on Monday called their bail recommendation "inappropriately low" given the facts of that case and the Sunday crash, and said they would review it.

Brooks has been charged with crimes 16 times since 1999 and had two outstanding cases against him at the time of the parade disaster. That included resisting or obstructing an officer, reckless endangering, disorderly conduct, bail jumping and battery for the Nov. 2 incident.

The chief said police weren't pursuing Brooks before he entered the parade route, but an officer did fire a shot to try to stop him. The officer stopped firing because of the danger to others. Brooks was not injured.

Mayor Shawn Reilly described the parade as a "Norman Rockwell-type" event that "became a nightmare."