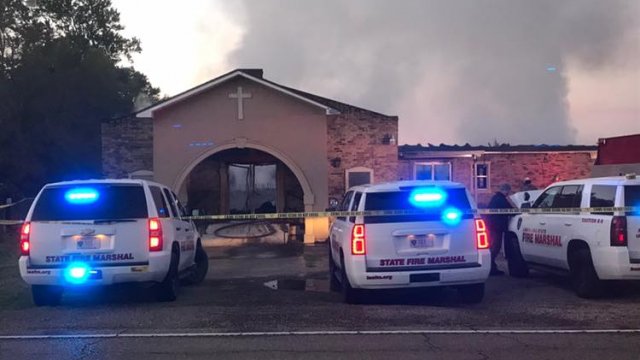 The man suspected of setting a string of fires at historically black churches in Louisiana is now facing hate crime charges.

According to several reports, the district attorney for St. Landry Parish filed the new charges against Holden Matthews Monday. That's in addition to the arson charges he's already facing.

Last week, authorities arrested the suspect in connection with the fires, which broke out at three churches in the same parish over the course of 10 days.

The state fire marshal said the suspect may have been influenced by "black metal music," which has been associated with church burnings.

He pleaded not guilty to all the charges against him, and he has been denied bond.