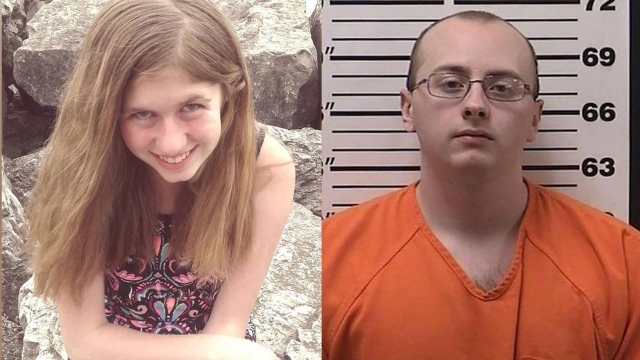 The man accused of kidnapping 13-year-old Jayme Closs and murdering her parents at their home in Wisconsin made his first court appearance Monday.

A judge set Jake Patterson's bail at a $5 million. The district attorney argued the suspect is a flight risk and a danger to the public, saying Patterson went to great lengths to conceal his identity, including shaving his head and modifying his car.

In Barron County, Patterson faces charges of kidnapping, armed burglary and two counts of first-degree murder. He could face additional charges in Douglas County, where Jayme was held captive.

He told authorities he targeted Jayme after he saw her get on a school bus. According to a criminal complaint, the defendant said "when he saw (her) he knew that was the girl he was going to take."

The nearly 12-page criminal complaint also says the suspect told police he broke into the Closs' house and shot Jayme's dad, James Closs, before kicking in a bathroom door and shooting her mom, Denise Closs, and abducting Jayme.

Jayme reportedly told police she was forced to hide under the suspect's bed, sometimes for hours at a time, when he left or had guests over. She said he would trap her under the bed with heavy weights and turn on music so she couldn't hear if other people were there.

The suspect is being held in Barron County, Wisconsin, and is due back in court Feb. 6.