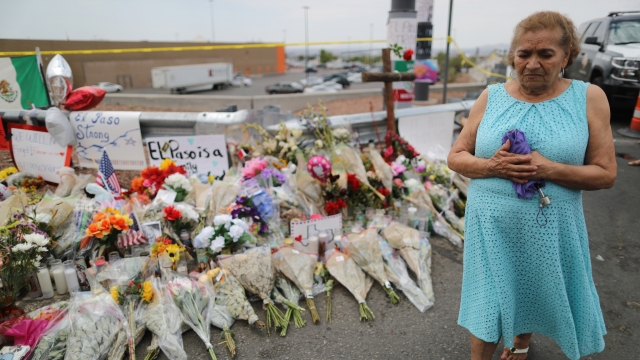 In a brief court hearing Thursday, the suspect in the shooting at an El Paso Walmart pleaded not guilty. The attack left 22 people dead and two dozen more injured.

The 21-year-old suspect is charged with capital murder and is being held without bond. Prosecutors have said they're seeking hate crime charges, as well as the death penalty. Given the growing body of research indicating that many mass shooters are motivated by the assurance of notoriety, Newsy does not name shooting suspects or show images of them.

In the El Paso County Courthouse, the suspect looked over the indictment and waived his reading of it before entering his plea. According to an arrest warrant affidavit, the suspect had confessed to committing the shooting when he surrendered to police, reportedly telling them he was targeting “Mexicans.”

The suspect also reportedly posted a racist and anti-immigrant manifesto on the website 8chan just prior to the shooting.

According to the Associated Press, prosecutors have turned over evidence that includes a "manifesto analysis" from the FBI. The Department of Justice has called the shooting an act of domestic terrorism.

In a statement El Paso’s Mayor Dee Margo said: "There is overwhelming evidence of his guilt. I want him prosecuted to the full extent of the law. Today’s arraignment is the first step in a long process securing justice for El Paso."

According to KFOX in El Paso, the presiding judge on the case said the suspect won’t return to court until the spring in what will likely be a yearslong process.