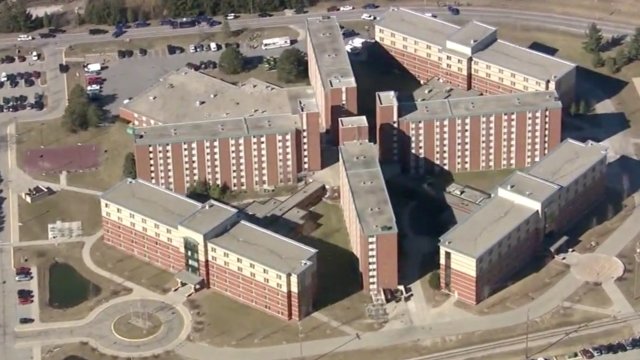 The suspect's mother and father were found dead following reports of shots fired in a residence hall.

The Central Michigan University student suspected of fatally shooting his parents is now in police custody.

Newsy's partner WXYZ reported campus police had taken 19-year-old James Eric Davis Jr. to the university hospital the night before on suspicion of drug use. Police were in contact with his parents, who arrived Friday morning to pick up Davis for spring break.

But both his mother, Diva, and father, James Davis Sr., were found dead following reports of shots fired in the residence hall.

That led to a 16-hour search involving more than 100 members of law enforcement. Davis was apprehended without incident. The murder weapon was found on his person, according to police.

Police said the gun used in the crime was registered to Davis Sr., a part-time police officer. It's not yet clear if it was his service revolver or a different gun.