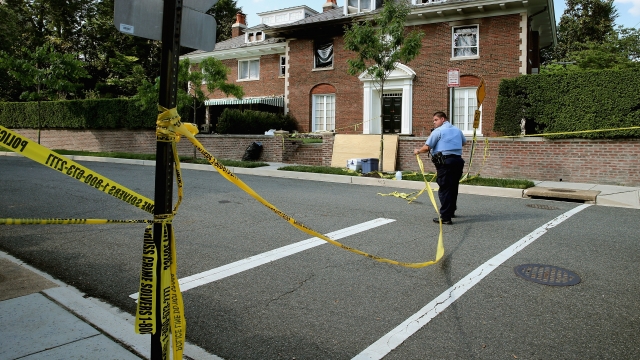 The man suspected of killing four people inside a Washington, D.C., mansion last year was indicted by a grand jury Wednesday on more than a dozen felony counts.

Savvas and Amy Savopoulos, their son Philip, and their housekeeper were found dead inside their burned home in June 2015.

According to the indictment obtained by WUSA, Wint held the victims against their will inside the mansion, stole $40,000 through extortion, killed them, then set the house on fire.

Authorities took Wint into custody a week later after they say his DNA was found on a pizza that was reportedly delivered to the house while he was holding the family and housekeeper captive.

Wint faces a maximum sentence of life in prison without parole if convicted on all counts. He's set to be arraigned Friday.

This video includes clips from WJLA and WTTG and images from Getty Images.