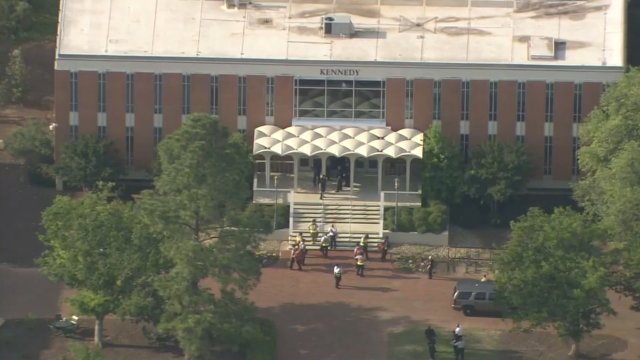 Police identified the suspect arrested in connection with the deadly shooting at the University of North Carolina in Charlotte Tuesday night.

The Charlotte-Mecklenburg Police Department said 22-year-old Trystan Terrell is facing multiple charges including murder, attempted murder and assault with a deadly weapon with intent to kill.

Police wouldn't elaborate on a possible motive for the shooting, which left two people dead and four others injured. Three of the wounded are in critical condition.

Officials told local media students were among the victims, but it's unclear how many.

The campus was on lockdown until early Wednesday morning. The university canceled final exams through Sunday and suspended all non-mandatory operations.

The shooting happened on UNCC's last day of classes for the semester. The university has nearly 30,000 students.