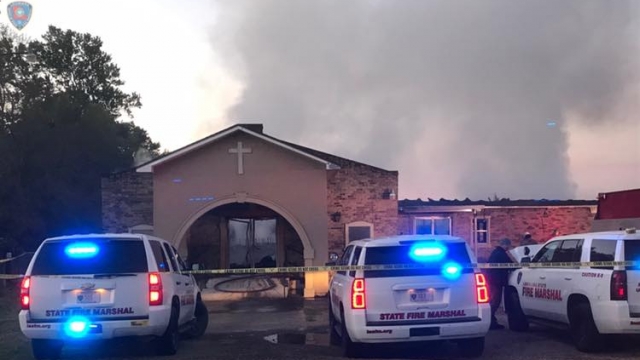 "I don't know what this young man's motive was, I don't know what was in his heart. But I can say it cannot be justified or rationalized. These were evil acts," Louisiana Gov. John Bel Edwards said.

Police have arrested a suspect in connection with a string of fires at historically black churches in Louisiana.

Officials announced the arrest Wednesday and identified 21-year-old Holden Matthews as the suspect during a press conference Thursday morning.

Authorities told reporters Matthews is the son of a St. Landry Parish sheriff's deputy. He has been charged with three counts of simple arson of a religious building.

Three churches in the same parish have burned since March 26. The blazes broke out while the buildings were empty, and no injuries were reported.

Authorities said they can confirm all three fires were intentionally set and are related. The state fire marshal said the suspect may have been influenced by "black metal music," which has been associated with church burnings.