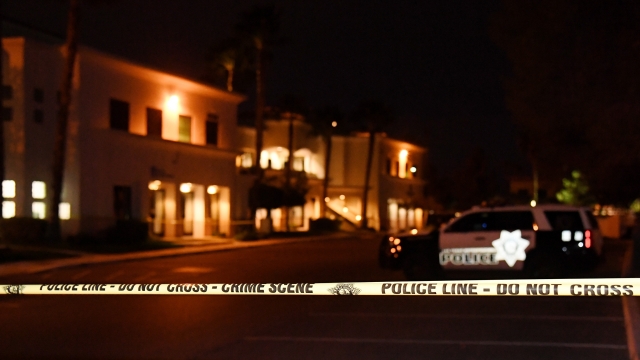 Federal authorities arrested a Missouri man on Friday who they say made more than half a dozen threats against Jewish Community Centers.

More than 100 threats have been called in to Jewish centers and schools in the U.S. since the beginning of 2017. Jewish cemeteries have also been vandalized in multiple states, including Missouri and Pennsylvania.

Prosecutors didn't reveal exactly which threats the man allegedly made. But they did say the threats were part of a plot to "harass and intimidate" his ex-girlfriend. The man authorities say is behind the threats, Juan Thompson, has been charged with cyberstalking.

Prosecutors allege Thompson made some of the threats in his own name in an attempt to claim his ex-girlfriend was framing him. Other threats were made in the ex-girlfriend's name.

"Thompson's alleged pattern of harassment not only involved the defamation of his female victim, but his threats intimidated an entire community," FBI Assistant Director William Sweeney Jr. said in a statement.

In a tweet last month, Thompson appeared to condemn the threats against Jewish centers.

NBC reports authorities described Thompson as "a copycat." He previously worked as a journalist for The Intercept. He was fired in 2015 after making up sources and quotes in his articles.