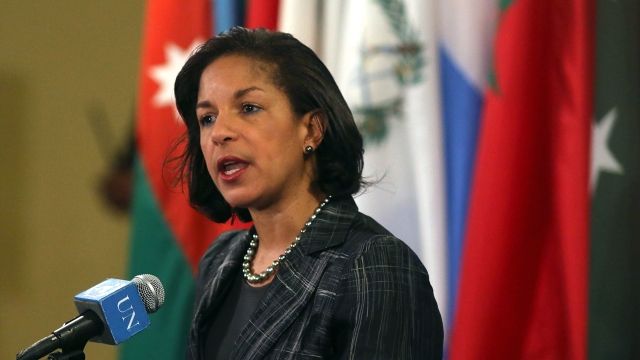 "I know nothing about this. I was surprised to see reports from Chairman Nunes on that account," Rice said.

But according to anonymous sources who talked to Fox News and Bloomberg, that might not be entirely true.

Those sources say Rice asked for Trump transition team members caught up in surveillance to be unmasked.

One anonymous source told Bloomberg the communications included who the team was meeting with, views on foreign policy and the administration's future plans.

Sometimes, when Americans are communicating with people overseas, they get caught up in active surveillance. When that happens, intelligence officials are supposed to redact their names and identifying information.

There are ways to unmask those American citizens, usually only for national security reasons. But there are plenty of "backdoor" ways that American communications can get swept up.

Sometimes officials just need to argue that the obtained information contains valuable foreign intelligence in order to attach a name to the data. That means, if these allegations are true, Rice's actions might have been entirely legal.

And before leaving office, the Obama administration made it a lot easier for the NSA to share information about private communications of Americans with other intel agencies.

None of this is the same thing as being wiretapped. Despite Trump's claims, there's still no evidence Trump or his team were actively surveilled by intelligence officials under President Obama. And FBI Director James Comey made it clear he didn't know of any evidence of wiretaps.