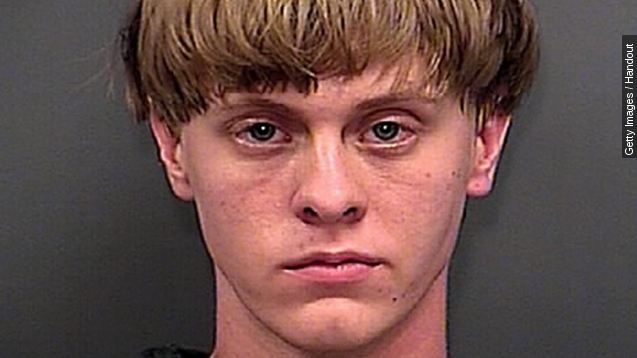 SMS
Survivors Divided On Death Penalty For Dylann Roof
By Karen Rodriguez
By Karen Rodriguez
September 3, 2015
Dylann Roof, the man accused of killing nine in a South Carolina church, could face the death penalty. But survivors have mixed reactions about that.
SHOW TRANSCRIPT

Dylann Roof, the man accused of killing nine parishioners in a South Carolina church, could face the death penalty, according to prosecutors. But survivors and family members of the victims have had mixed reactions to the decision.

Weeks before announcing the decision, Ninth Circuit Solicitor Scarlett Wilson met with relatives of the victims and survivors. She said the reactions were mixed, but they all respected her ultimate stance.

Two days after the shooting, those family members were able to address Roof at his bond hearing, where many forgave him. (Video via NBC)

"You hurt a lot of people but God forgives you, and I forgive you," a daughter of Ethel Lance said.

"I forgive you and my family forgives you," said Anthony Thompson, husband of Myra Thompson.

Roof had a blank expression during the emotional hearing.

Much like in Charleston, survivors and relatives of other tragedies have also opposed the death penalty.  (Video via ABC)

Denise and Bill Richards, the parents of Martin Richards who was killed in the Boston Marathon bombings, opposed the death sentence of Dzhokhar Tsarnaev. (Video via WBZ-TV)

They wrote in an op-ed for the Boston Globe, "We know that the government has its reasons for seeking the death penalty, but the continued pursuit of that punishment could bring years of appeals and prolong reliving the most painful day of our lives."

So, why do survivors and family members of horrific acts sometimes oppose the death penalty? Reasons vary, of course. But most, like the Richards, just want to move on.

Death Penalty Focus, an organization that advocates abolishing the death sentence, lists two main reasons why some families and loved ones oppose it.

- The legal process can be long and traumatizing, requiring them to relive pain and suffering.

- Attention is placed on the case and the victims are not remembered.

There has been a gradual decline in support for the death penalty over the past few decades. According to the Pew Research Center, support is "as low as it has been in the past 40 years" among Americans.

Roof is charged with nine counts of murder and three counts of attempted murder. He is scheduled to stand trial next summer.