'Survivor' Producer Wants Putin On His Next Reality Show 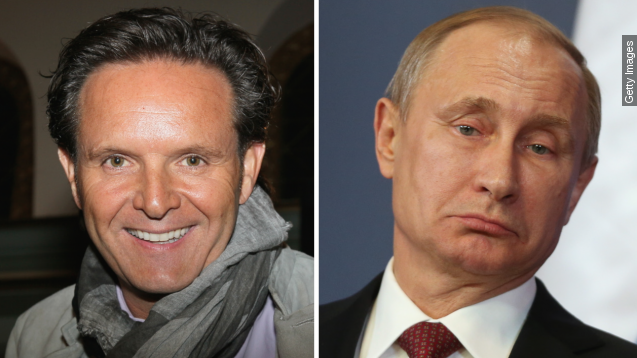 SMS
'Survivor' Producer Wants Putin On His Next Reality Show
By Lexie Hammesfahr
By Lexie Hammesfahr
June 24, 2015
"Survivor" producer Mark Burnett has high hopes for his next reality show: a docu-series with world leaders, including Russia's Vladimir Putin.
SHOW TRANSCRIPT

If there were a television series starring Vladimir Putin, would you watch it?

TV mega-producer Mark Burnett is hoping you will. The man behind hit TV franchises like CBS' "Survivor" and ABC's "Shark Tank" is aiming to create a show that would look into the lives of world leaders — like the president of Russia. (Video via ABC)

"When you have an opportunity, when lightning hits, you gotta go!" said a promotional video for ABC's "Shark Tank."

In an interview with The Hollywood Reporter, Burnett explained he would approach the show in the same way he filmed TLC's "Sarah Palin’s Alaska."

"It's about family, community, that's what the Alaskan spirit is," Sarah Palin said.

During promotions for the TLC show, Burnett emphasized the focus wasn't on Palin's politics. He also told The Daily Beast, "I honestly am so disinterested in politics."

The docu-series premiered to 5 million viewers in 2010, and Burnett equates his success to the same approach he takes with every series he produces.

He and his wife, Roma Downey, have only ever created family-friendly series. They aim for a "four-quadrant audience – male, female, young and old."

And to take that even further, the series drew interest from Palin supporters, enemies and people who were just curious about her life.

In the same way, Burnett wants this new series to generate interest across a variety of generations, regardless of what you might think of the leaders politically.

Thanks to shows like "Survivor," Burnett and his team already have 15 years and 30 seasons of training in large-scale foreign production.

"We always treat it like an army, like a military operation. And when you've got hundreds of people in a remote place, all sorts of things can happen," he said during The Hollywood Reporter's Reality Emmy Roundtable.

Treating it like a military operation could be a great idea — because when you're trying to film in two hostile countries, you should know what you're doing.

Burnett's excitement over the project already led him to reach out to Putin, saying that he emphasized to the president the show would be not be focused on politics or military tactics. He remained mum on whether Putin responded.

So after Putin, who's the next leader on his wish list?