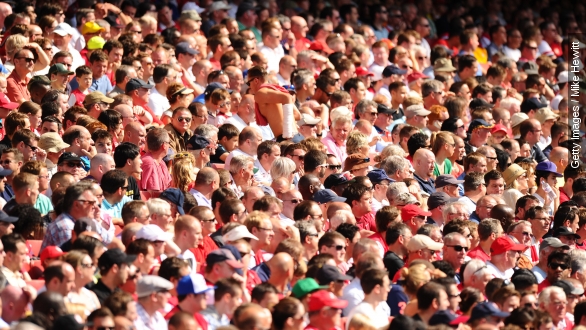 Critics have said soccer has a real problem when it comes to homophobia, at least in the U.K., and a recent survey's findings seem to confirm that.

Soccer has a problem with homophobia.

It's a problem the game has had for a long time, and it's one the sport's governing bodies haven't focused on. (Video via BBC)

Bodies like England's Football Association have spent time and money pushing organizations that draw attention to the issue of racism in the game, but critics have said they haven't done enough to address even that problem. (Video via The Football Association)

The topic is in the news because of a survey organized by the Bingham Cup — an international gay rugby tournament, which found only 2 percent of responders in the U.K. said gay athletes in all sports were completely accepted.

It's not surprising that a sport still dealing with racism across the globe might not be focused on stamping out homophobia, but critics say FIFA, world soccer's governing body, is actively hurting their cause.

That's because FIFA's picked Russia and Qatar for the next two world cups, two countries that have a pretty bad record when it comes to LGBT rights. (Video via RT)

Openly gay LA Galaxy player Robbie Rogers wrote about FIFA in an op-ed for USA Today: "Not only don't they have our backs, our lives don't matter. So for any gay soccer player who has hopes of playing for the U.S. National Team at the World Cup, being open about their sexuality could have real consequences when they set foot in countries with laws that could land them in jail."

And FIFA boss Sepp Blatter's response to questions on the issue hasn't been super promising either.

"This is, I think, it's not the time being to bring it now. If you bring it to my attention, then I should have a look on that, but I cannot give you a definite answer," Blatter said during a 2013 press conference.

Rogers joined the survey's researchers in calling for a zero-tolerance policy for players and fans alike who engage in homophobic behavior.

But given that FIFA refused to sanction Mexican soccer fans who chanted an anti-gay slur during the World Cup, that doesn't look likely.