Survey Finds Many Americans Want The U.S. To Engage In Global Affairs 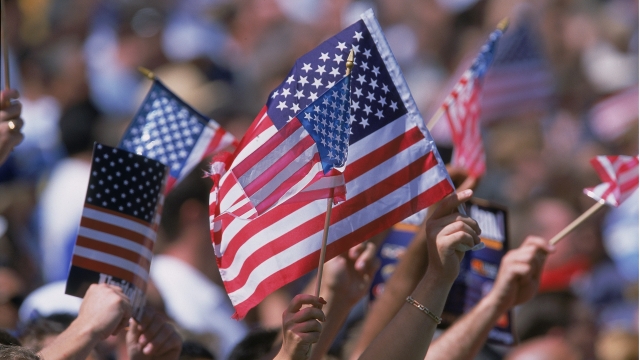 SMS
Survey Finds Many Americans Want The U.S. To Engage In Global Affairs
By Katherine Biek
By Katherine Biek
September 11, 2019
American leaders might have differing opinions on how the U.S. should participate in world affairs, but the American public isn't so divided.
SHOW TRANSCRIPT

Over the years, American leaders have had differing opinions on how the U.S. should participate in world affairs.

"American isolationism is not an option. We don’t have a choice to ignore what happens beyond our borders," then-President Barack Obama told a group of West Point graduates in 2014.

"When America serves others in this way, we show the strength and generosity of our country," then-President George W. Bush said in his 2007 State of the Union address.

"Ultimately, it is up to the nations of the region to decide what kind of future they want for themselves and their children," President Trump said in his 2018 U.N. General Assembly speech.

But an annual survey from the Chicago Council on Global Affairs says the American public isn't so divided. In fact, the 2019 survey found 7 in 10 Americans think the U.S. needs to play an active role in global affairs.

A majority of those surveyed believe that active role should include engaging in world trade, providing humanitarian aid, protecting democracy and human rights, and using U.S. troops to defend our allies.

Additionally, most Americans feel that relying on the strength of the U.S. military will help keep the country safe in a world many see as becoming increasingly more dangerous.

The survey found American support for international trade has reached an all-time high, with 87% saying it's good for the U.S. economy and 83% saying it benefits U.S. companies.

Differing opinions across party lines can be seen most clearly on the issues each side views as more pressing. Democrats are more concerned about climate change, while Republicans see immigration and the rise of China as the bigger threats.

It's important to note that the 3 out of 10 Americans who'd prefer the U.S. stay out of global affairs don't necessarily support total isolationism. They'd just prefer the U.S. to help through trade and diplomacy rather than military support.