Survey: 63% Of Workers Want To Return To Office 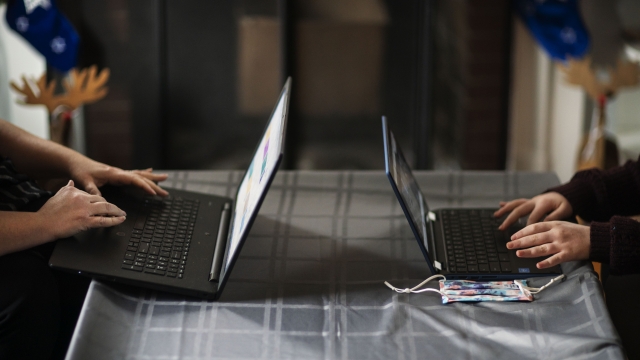 Most of those surveyed would like daily temperature checks for employees working at the office as well as contact tracing and regular testing.

Through 2020, a lot of people wound up having to work from home.

You saw "Morning Rush" and "Newsy Tonight" hosted from our living rooms and some of Newsy's staff is actually still stuck at home even now. A lot of people are tired of having their work in their personal space.

According to a recent survey from Promoleaf, 63 percent of workers say it's time to return to the office.

While they enjoyed some of the benefits – like no commute and more flexible hours – some really struggled to focus on their job while at home.

Senior Consultant at Red Clover, Eric Mochnacz, said: "We've had employees who've identified to us that their ability to return to the office would actually be less stressful than being at home because they're at home with their spouse who's also working from home, they're potentially handling remote learning with their children at home and I also think there's something about one's ability to be productive while they're surrounded by their family."

But people also want to be able to choose whether they work in the office or from home. They also want employers to make sure the office is clean and safe, though there are some challenges companies face with that.

Mochnacz said: "It can be done to the extent that everyone's following policies as it relates to their return to work. And I also think there's a level of personal responsibility that people need to take when they're outside of the office and that's one of the bigger and more difficult challenges facing a lot of businesses right now."

So most of those surveyed say they would like daily temperature checks for employees working at the office as well as contact tracing and regular testing.