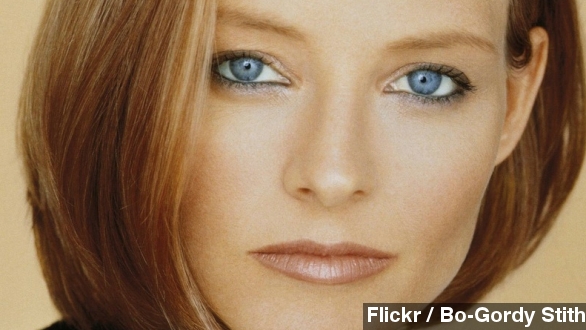 By Jasmine Bailey
April 23, 2014
Out of what seemed like nowhere, Jodie Foster and Alexandra Hedison got hitched after less than a year of being in a relationship.
SHOW TRANSCRIPT

So ... apparently Jodie Foster is now a married a woman.

She and her photographer girlfriend of almost a year, Alexandra Hedison, got hitched last weekend. (Via CBS)

E! first broke the story, reporting the news came from a rep for Foster. Back in September a source told the outlet, "It's pretty serious ... They're totally in love."

Hedison has also made a name for herself through her photography and in the acting world and. She played Dylan on Showtime's "The L Word" for a three-season run. (Via Showtime / "The L Word")

Details about Foster's under-the-radar nuptials are few and far between, but it all comes not too long after Foster's very high-profile Golden Globes speech back in 2013.

The rambling speech confused many viewers, but she did say pretty definitively, "This is not going to be a big coming-out speech tonight because I already did my coming out about a thousand years ago back in the stone age – in those very quaint days when a fragile girl would open up to trusted friends and family." She also thanked Cindy Bernard. (Via People)

And as far as the super private wedding — if there even was one — TMZ puts it this way. "Fact is ... it's pretty clear she's never felt a need or obligation to make a public declaration, and by getting married she's merely living her life and not screaming from the rafters. Just one note ... remember how hard it was following that Golden Globes speech ... let's hope Foster and Hedison didn't write their own vows."