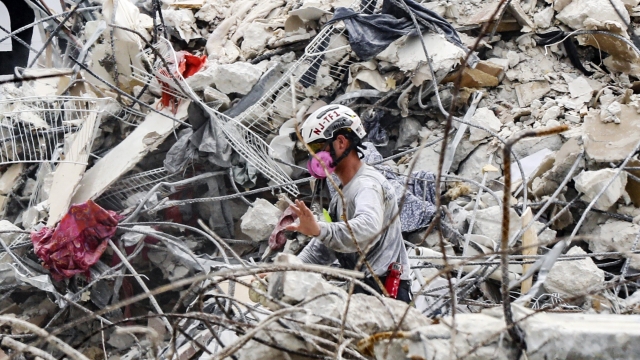 A sense of finality in Surfside – nearly two weeks into search efforts.

Crews officially changed their mission from rescue to recovery on Wednesday.

Surfside Mayor Charles Burkett said: "We've all worked passionately day and night for two weeks to save lives. The announcement today comes as a result of a consensus of those closest to the rescue efforts that the possibility that someone is still alive is near zero."

Fifty-four people are confirmed dead. Eighty-six are still unaccounted for.