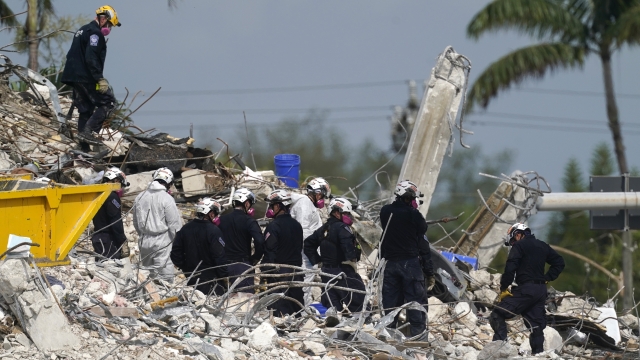 Search crews in Surfside, Florida are finding more and more victims in the rubble of a collapsed condo building.

At least 36 people were killed in the collapse nearly two weeks ago. More than 100 people are potentially unaccounted for but hope is dwindling.

They say they're not coming across any livable spaces in the rubble and now they're also taking a closer look at the integrity of other buildings, including the condo's sister building.

"We are doing a deep dive with respect to the sister building, you know, called Champlain North, which is essentially the same building built by the same developer at the same time with the same plans, probably with the same materials," Mayor Charles Burkett said. "And given we do not know why the first building fell down, we have significant concerns about that building and the residents in there."